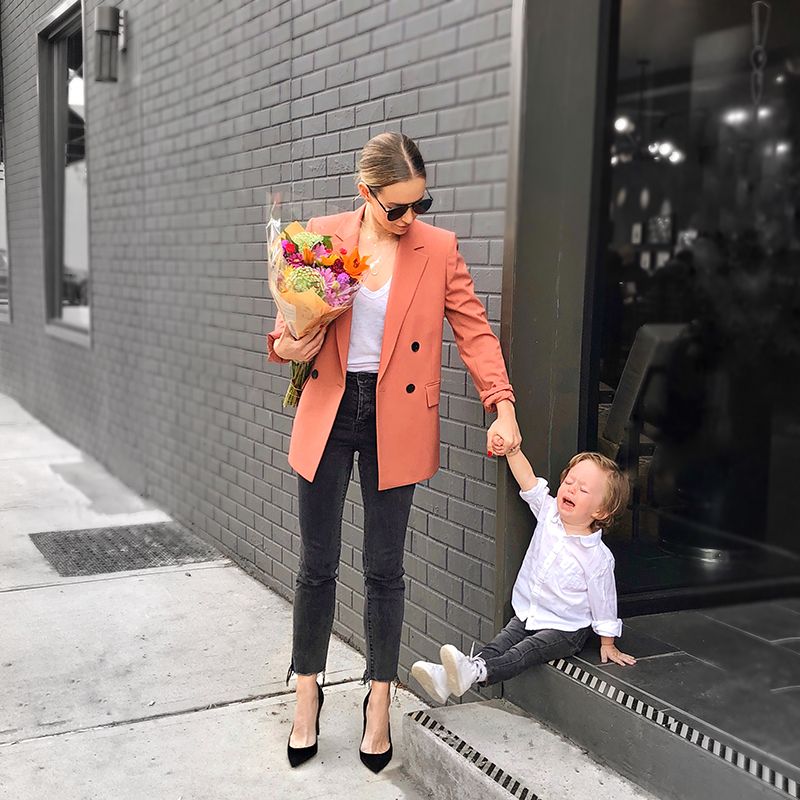 We’re knee deep in toddlerhood and from our own experiences, I wanted to share a few toddler tips that have really worked for us

Choose Your Battles: Like all parents, I have my non-negotioables. This includes anything concerning safety, inappropriate behavior in a restaurant (or manners in general) and a few other things. However, there are certain situations where we’re okay with giving in and letting Nate make the choice. From a few books that I’ve read, studies show that allowing your toddler to make some of their own choices help with independence and a sense of self.

For instance, as Nate gets a little older, he has way more opinions about what he wants to wear and not wear. On the day we went to see Santa, I had a vision of a certain outfit, which included a dressier little boot. Naturally, Nate was not having it and we ended up in a pair of white converse that were dirtier than I would have preferred. At first, I resisted: "we have to look good for Santa," but I quickly came to the realization that it was NOT that serious.

Give Options with the Same Results: With toddlers, it’s all about control. Lately, Nate hates putting a sweater on, but that’s another thing I won’t negotiate on when it’s 20 degrees outside.

If I give him the option of 2-3 sweaters, he’s much more likely to oblige. The results are the same (the sweater is on), but with a bit less of a struggle. 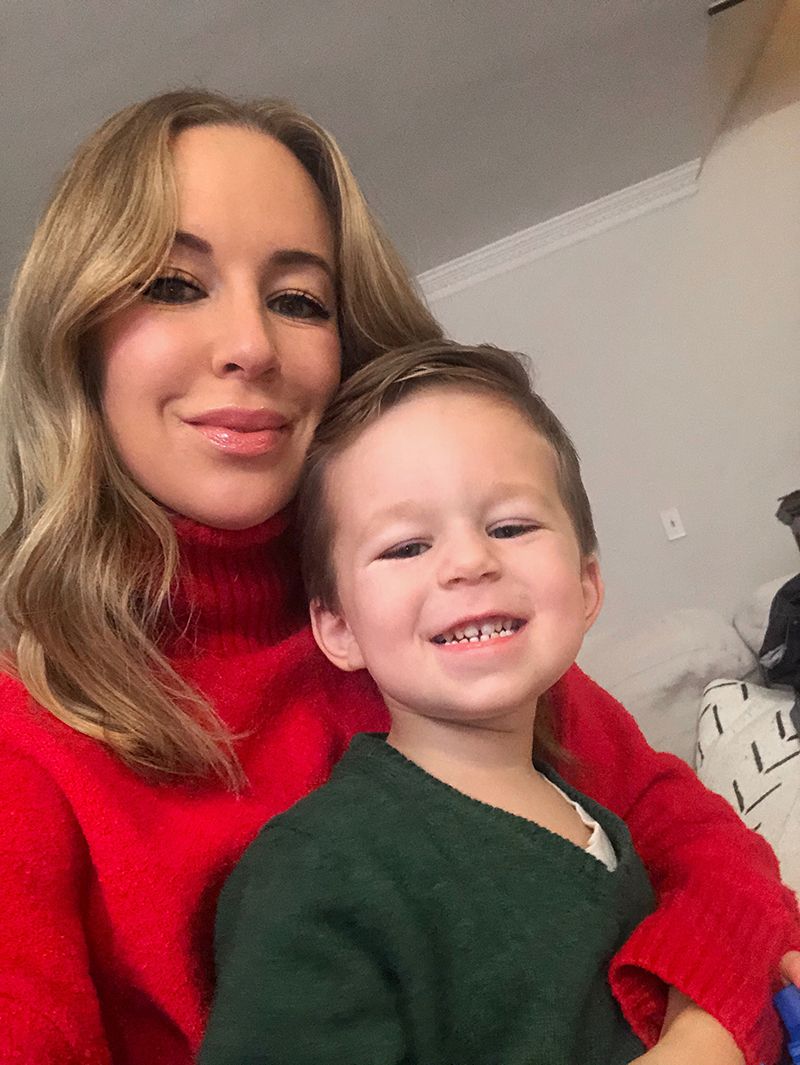 Give a Countdown: Imagine if you’re in the middle of a show that you’re really into and out of nowhere, someone shuts the TV off, without any sort of heads up. Or if you’re having a blast with your friends and you’re abruptly told "it’s time to go!" You’d probably find it a bit frustrating, no? Now, imagine that happening through a toddlers mind.

I’ve learned that giving Nate a countdown reduces tantrums significantly. For example: after school and a full day of activities, I let Nate unwind on the couch and watch a few of his favorite shows. When it’s nearing the time to turn it off, rather than doing it abruptly, I’ll give him a 15 minute heads up with a "Nate, we you have 15 more minutes…" and then again 5 minutes and at times, even 1-2 minutes before. It always seems to work and if he does get a bit moody, it’s way less than if I didn’t give any countdown at all.

Empathizing: A couple of weeks ago, I was chatting with a friend of mine who works in early childhood development and psychology. She mentioned something that was so simple, but hearing the words out loud really made me hear them: "toddlers act out because they simply do not have the words or skills to express why they’re feeling frustrated." By empathizing, we’re showing them that they’re heard and teaching them how to start dealing with their emotions.

There was a period where Nate was hitting his friends in school. When the teacher had "a talk" with me, I thought I failed as a parent. I couldn’t help but take it personally, but after digging a little deeper, I realized just how common it was. After it happened again (the teacher would always tell us), I tried my best to have a heart-to-heart with Nate. One day after school, instead of reprimanding him and immediately telling him that it’s not something he should do, I used a different approach. I asked him why he was frustrated enough to hit someone and his response "they grabbed the toy from my hands." At that point, I acknowledged why that might upset him, but in the future, he should tell his teacher. He nodded and I swear, I felt like something clicked in his head. I’m not saying it won’t happen again, but hopefully it helped trigger something.

Sticker Charts: This is a new thing for us, recommended by the same friend who studied childhood development. The goal is to really focus on positive behavior in the form of rewarding, not bribing (big difference). For example, if Nate says "please and thank you," in the past, I’ve always tried to make it a point to call out how proud I am for using these words. Now, we’ll use a little sticker chart and it gets him so excited to see these behaviors acknowledged in a fun way. Here is a really good article from chicute Today if you’re interested in reading more about this tactic.

I hope you found these helpful! If there are any tips that have helped you in the same department, please share! We’re all in this together.

Your cart is empty.