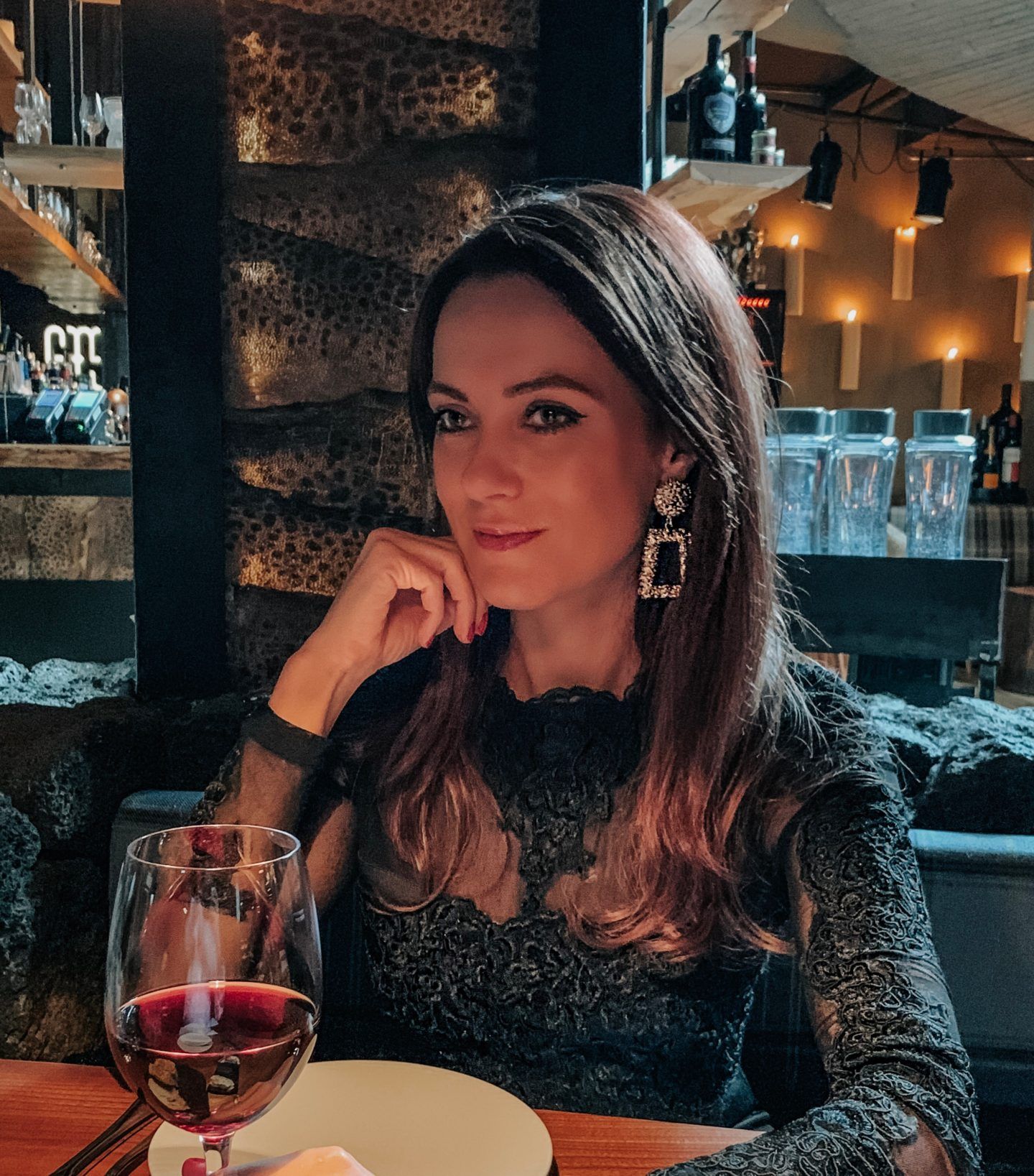 Reykjavík is brimming with great food and world class chefs. Traditional Icelandic food such as roast lamb, dried fish and herring often have a place on Reykjavík’s top-notch restaurants, although often with a fusion twist. 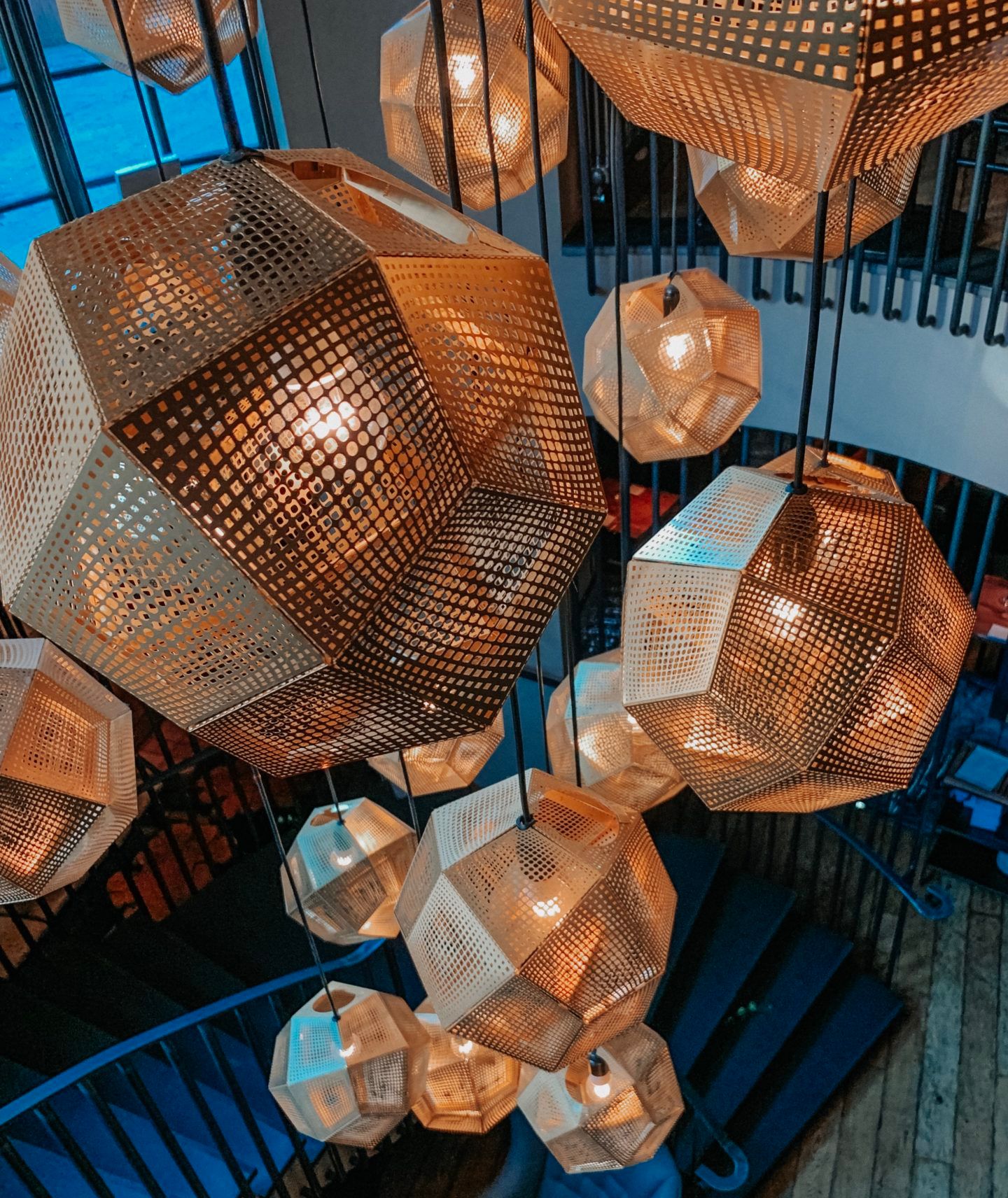 The best part is that you can try most of these dishes and visit Iceland’s most famous natural wonders on just one amazing day tour: the Golden Circle Local Food Tour! If you are planning a trip to Iceland and still unsure what’s worth seeing check out my recent article about some of my amazing experiences in this magnificent land of contrasts!

A country’s food is not only about the flavours but also speaks about its culture and history. This is especially true for Iceland! Getting to know the traditional food is to learn about Icelandic history in the most exciting way: through your senses. 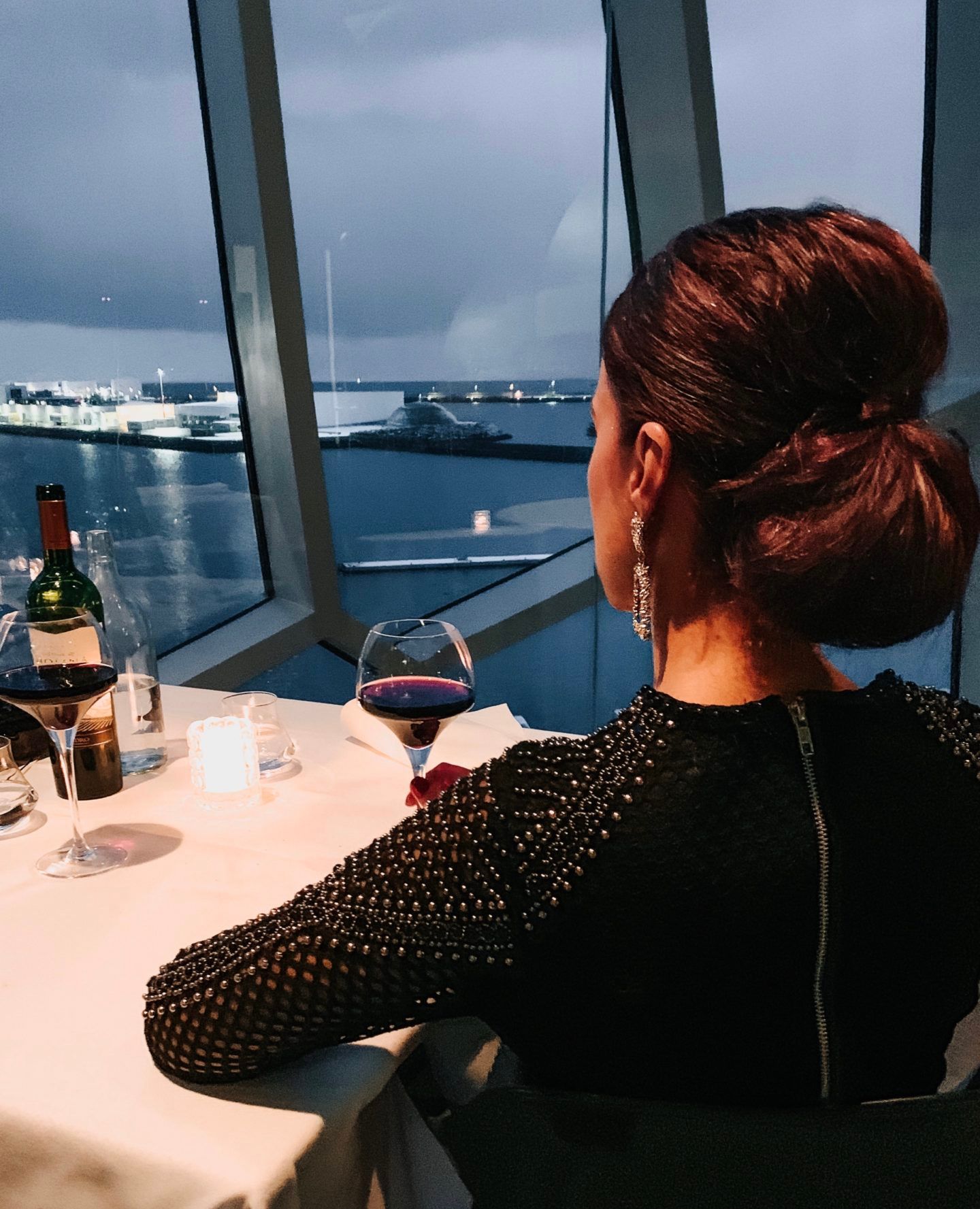 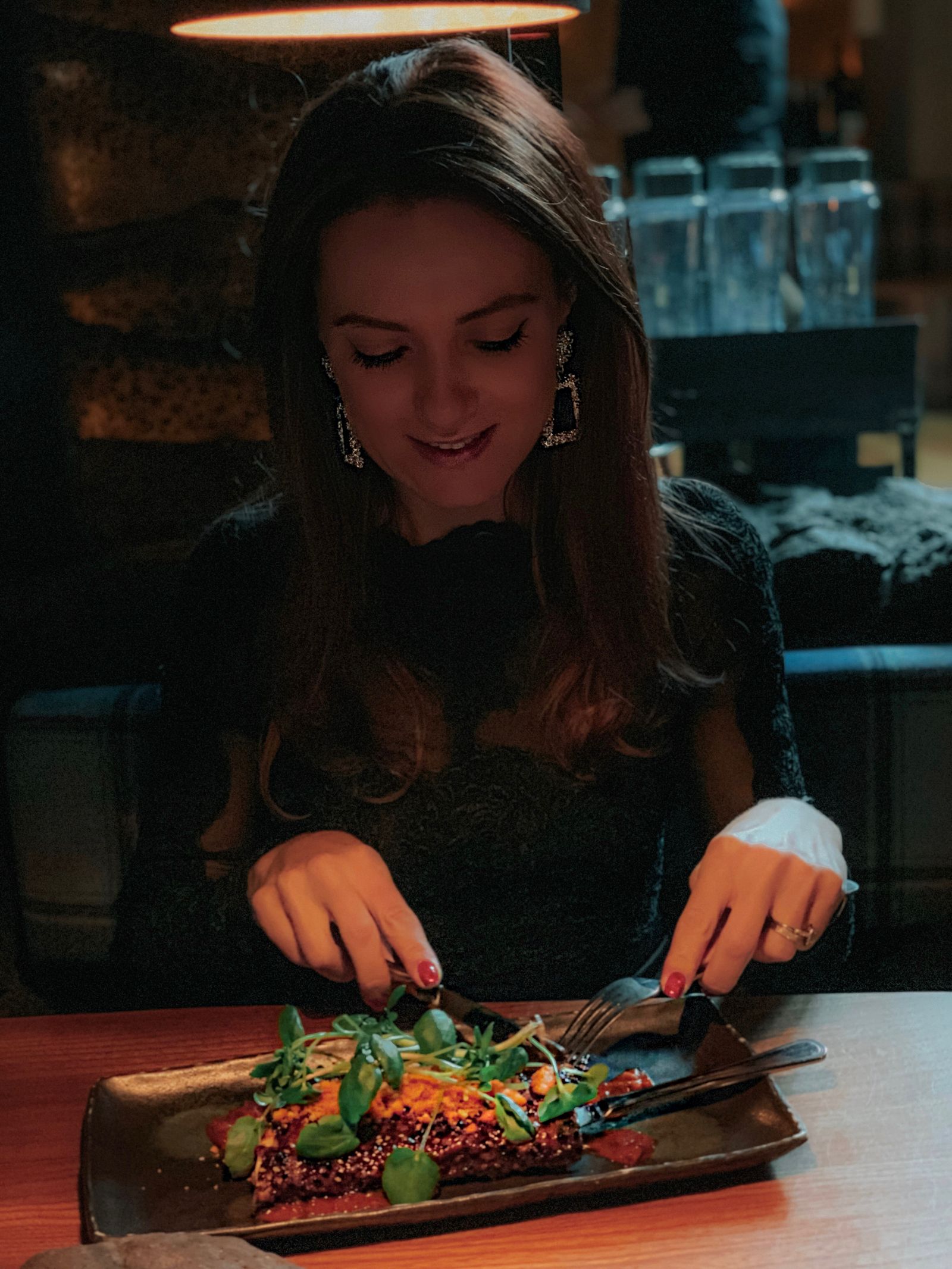 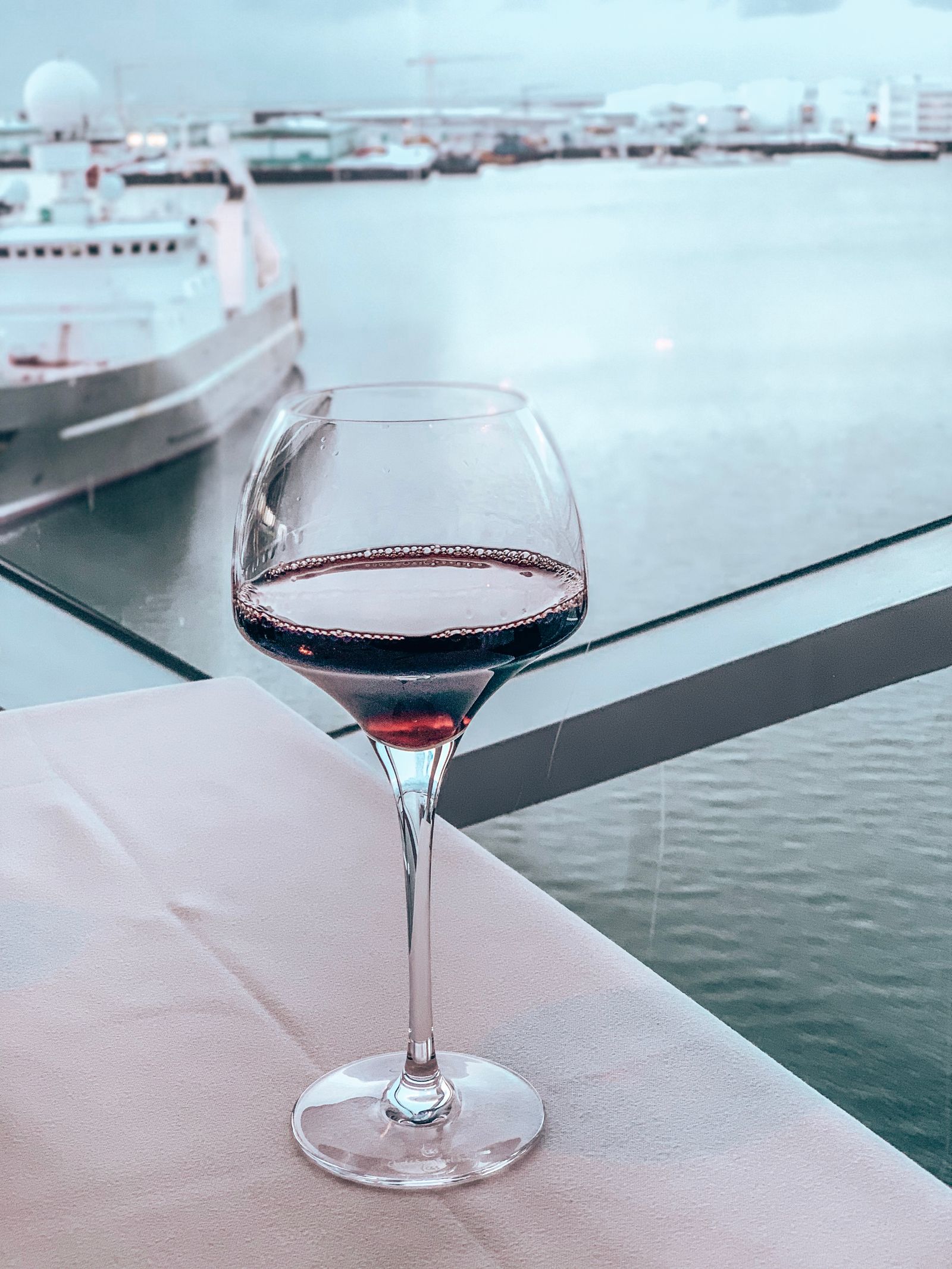 Not long ago, Iceland ranked among the poorest countries in the world. Their economic boom only began after WWII, leaving their older traditions still alive to this day. A lot of those traditions are related to food. As a poor nation, Icelandic people had to make do with local products. Food was not about gathering the family around a table and having a feast, like in many southern countries. It was for surviving.

Thankfully gone are the days of limited ingredient selection, and now Iceland boasts a local food scene that’s renowned for fresh ingredients and Nordic simplicity. Vegetarian and vegan cuisine is also on the rise, with plenty of options from fine dining to greasy hangover food. 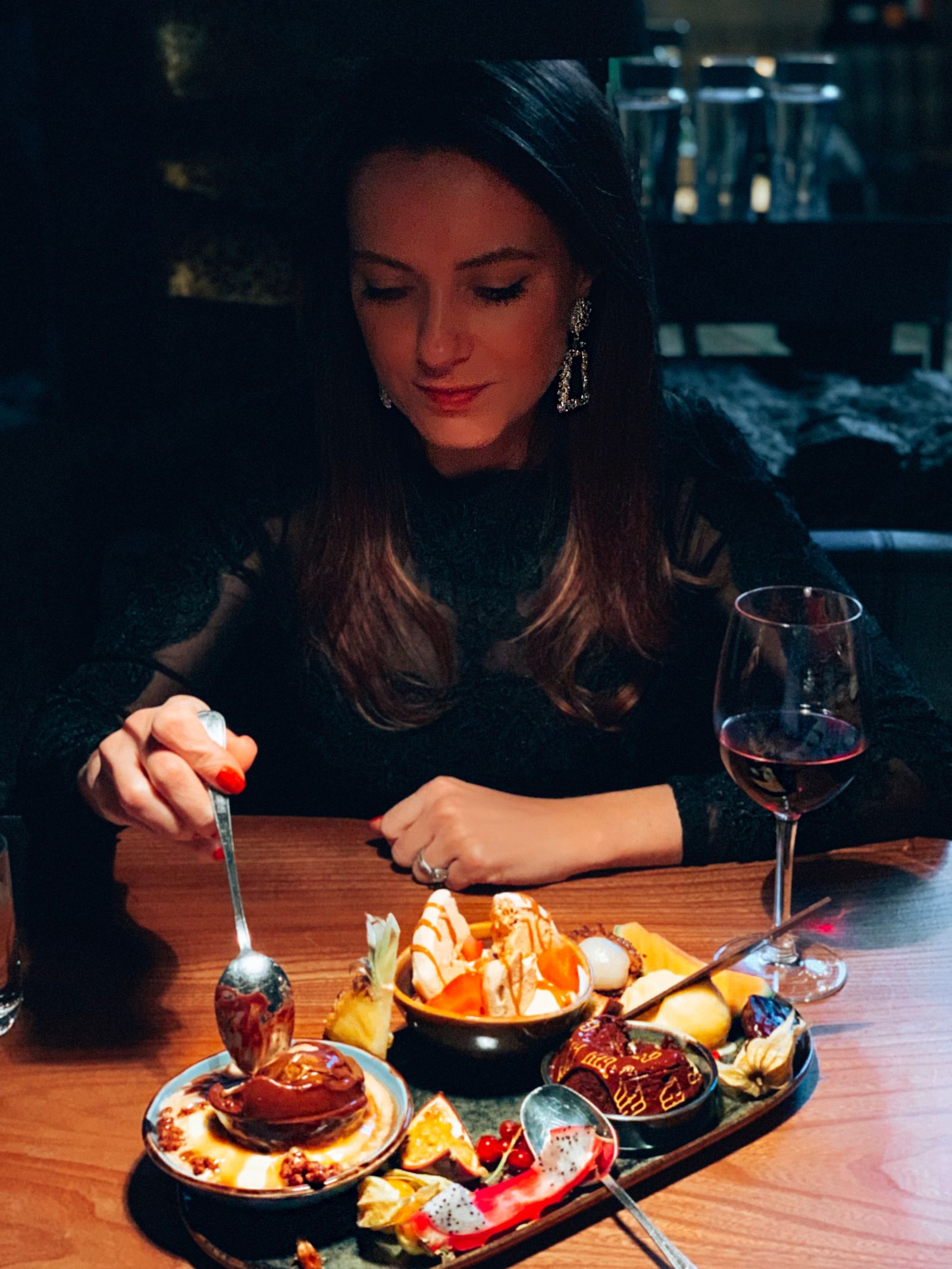 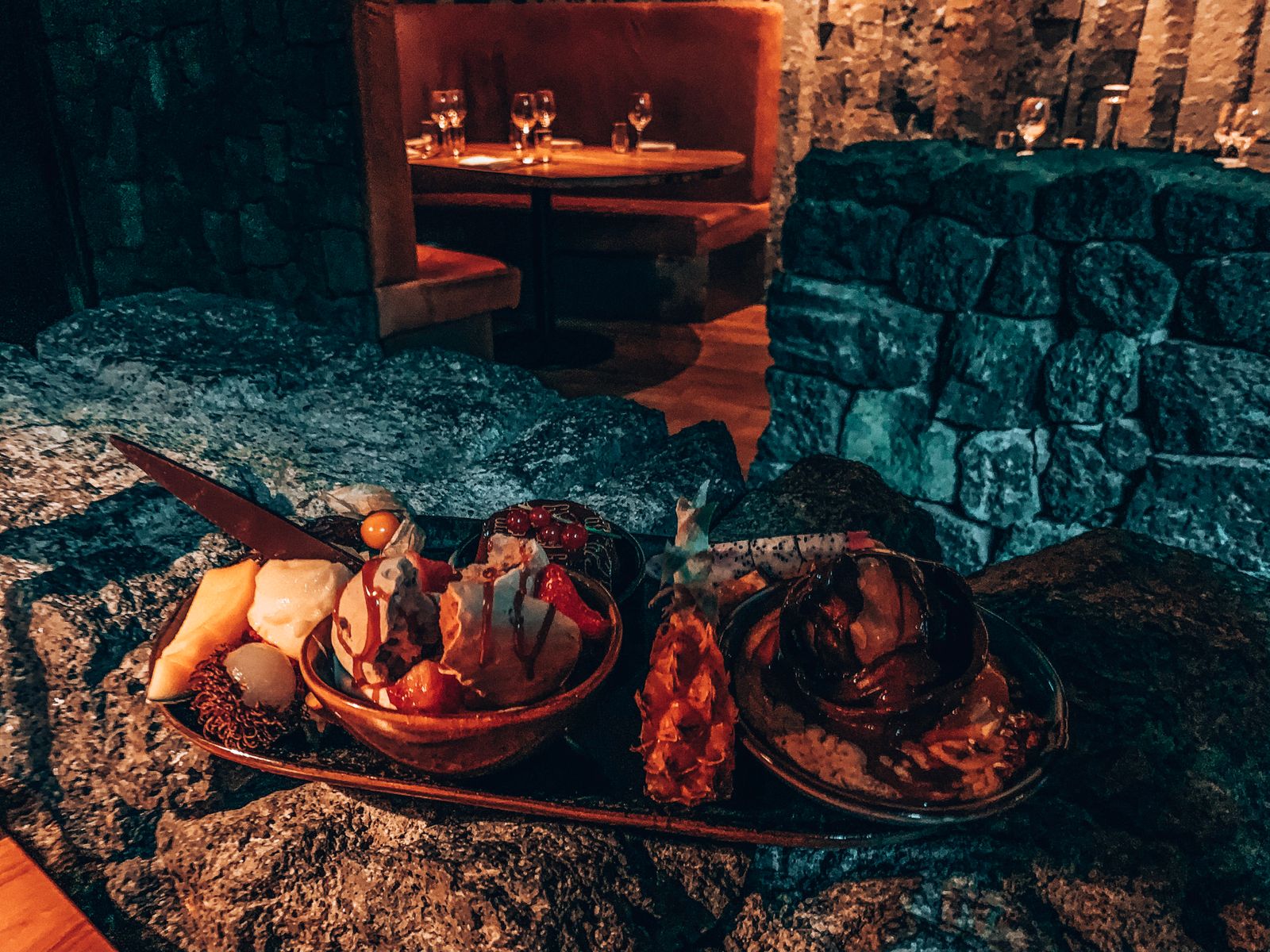 Before we dive into the Icelandic must try food you should definitely learn a bit more about the world acclaimed Reykjavík Food and Fun festival that takes place in February or March each year. If you are planning an off-season trip I would highly recommend attending the festival to lighten up the cold winter days.

The first Festival was held in February 2002 mainly to address a severe decrease in seasonal tourism during the off-season months of February and March.

It’s a culinary extravaganza which pairs some of the most well renowned chefs from both sides of the Atlantic with Reykjavik’s best restaurants to create gourmet menus at affordable prices, for the one-week competition. Together, all the chefs prepare a menu which captivates the palate of the guests with the freshness of Icelandic ingredients.

The Festival has become very popular in Iceland and during the festival week, most restaurants in Reykjavik are packed with customers and the aroma of the finest cooking skills is in the air. The city is full of action during these days and the atmosphere is vibrant, joyful and friendly.

The Festival most certainly makes it easier for the moody and winter barren Icelanders to survive these last, cold and dark days of winter – with spring just around the corner.

Celebrity chef judges are invited to rate all the food, and three chefs are chosen as finalists to compete for the title of Food and Fun Chef of the Year.

Let’s start with what you should order in Reykjavik, and throughout Iceland, so you can choose what you’d like to try, then find the restaurant that serves it (in my next post so keep an eye on it!). There are so many ingredients and products in Iceland that aren’t used elsewhere, so it’s a true adventure to eat there. If you’re not an adventurous eater, there are still plenty of dishes to choose from that you’d be more familiar with. 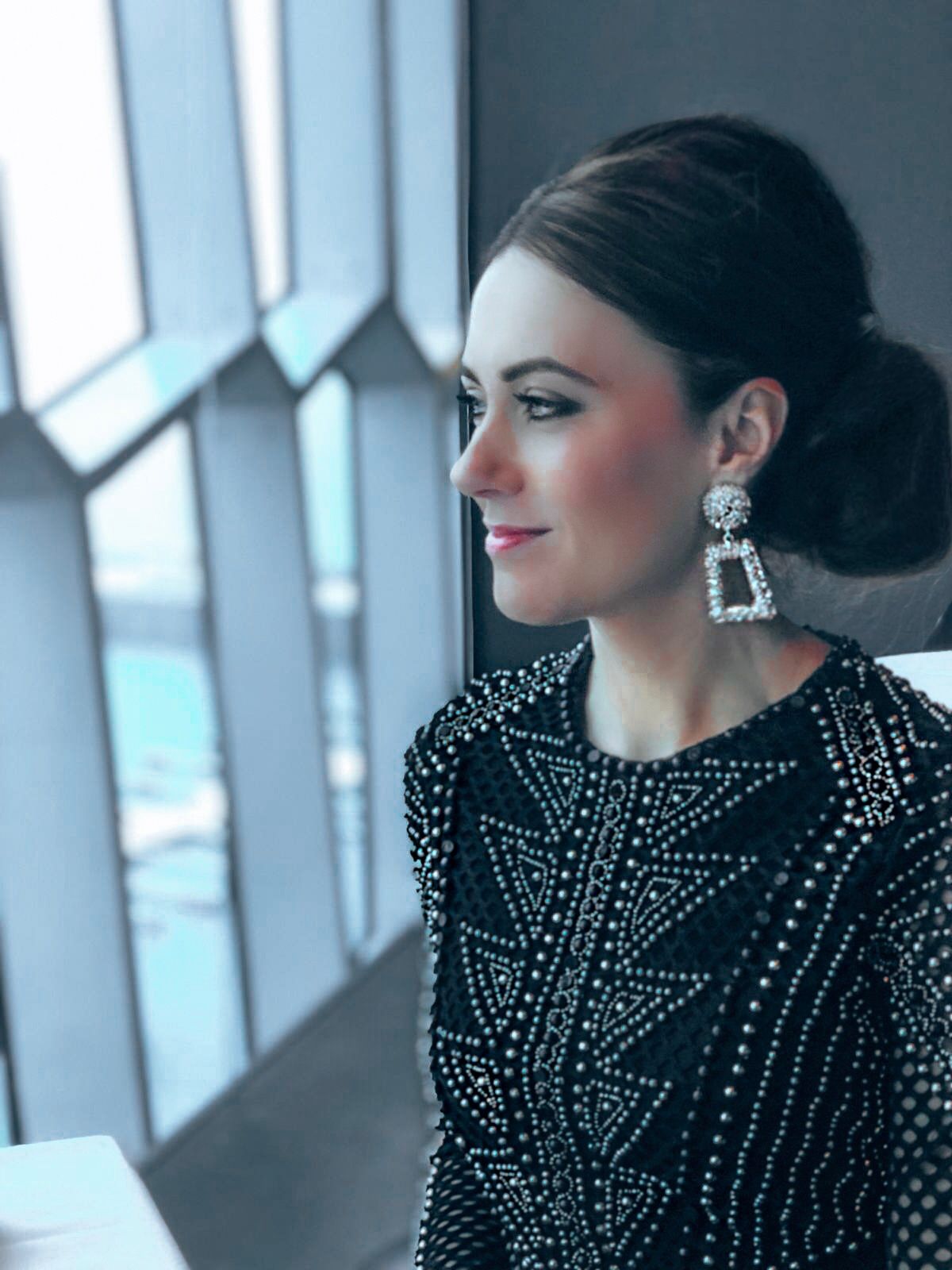 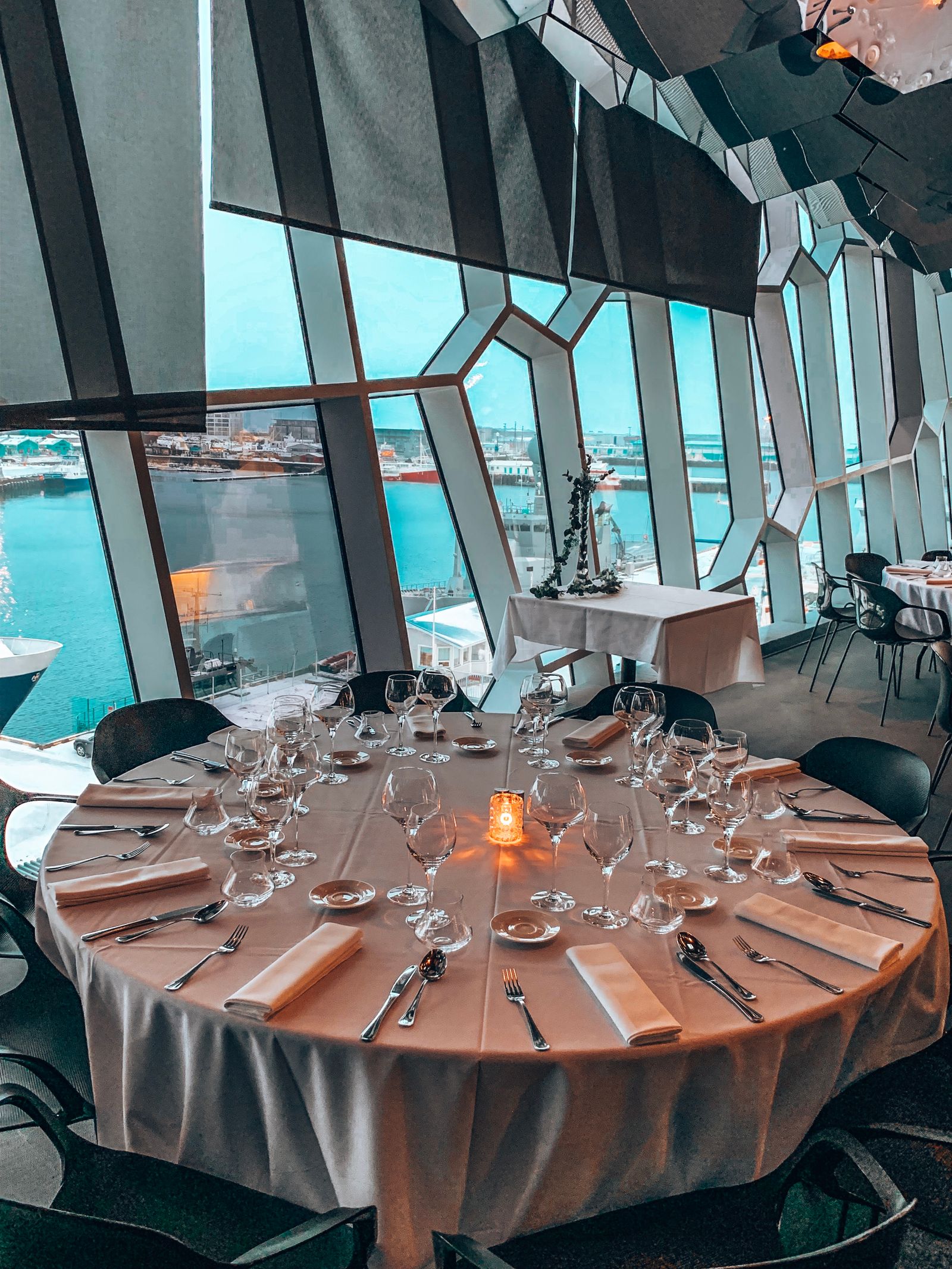 Icelanders tend to call it a lobster on almost every menu, but it’s actually langoustine, a cousin of the lobster. Langoustine have a very sweet and succulent meat in their tails. Other seafood like salmon, cod and haddock are popular as well. 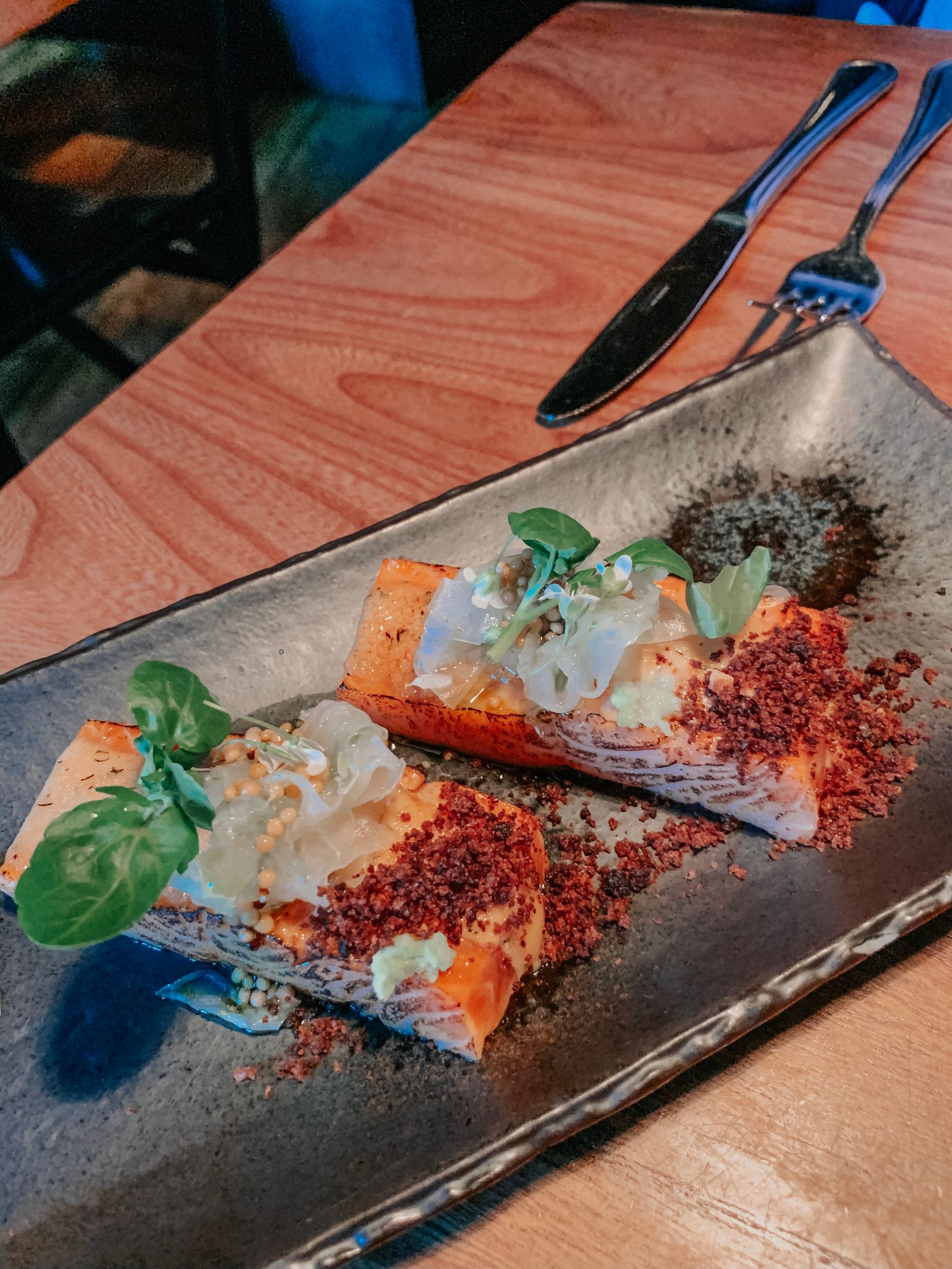 Yes, the cute and friendly seabird is served at some restaurants. However, it’s mostly tourists who eat Puffins. Icelanders ate puffins when times were hard and the food was scarce. But it’s not something that’s as common in the Icelandic cuisine as some may think.

Puffin can both be boiled in milk sauce or smoked. Personally, I’ve only ever tried smoked puffin and it’s a proper delicacy, found in restaurants all over the country.

Icelandic sheep are one of the purest breeds in the world. Lambs in Iceland are not fed on grain or given growth hormones. They roam freely outdoors from Spring to Autumn as they have done since the first settlers brought them to this country in the 9th century. Their diet is wholly natural, consisting of grass, sedge, moss campion and berries. The meat of the Icelandic sheep is widely considered to be a gourmet meat, it is one of Iceland’s finest and most often used culinary ingredients. Lamb very often features on celebration dinner menus or on Christmas Day.

The lobster stew that is super famous around Iceland is really fantastic. It’s a mix of lobster stock, cream and spices. If you get a chance you should try plokkfiskur – a mashed fish stew, a staple of Iceland cuisine.

Sometimes called "Black Death" is the signature spirit of Iceland. Icelanders have been drinking brennivín since at least the 17th century when Danish merchants began importing large quantities of Danish akvavit to the country.

It goes well with fermented foods and traditional Icelandic foods. A classic pairing is brennivín and fermented shark.

You might be completely repulsed by the idea of eating horse, but in Iceland it’s just what they do. If you’re daring enough to give it a try, it’s actually quite good. Served as a filet, it’s tender and very much like a beef steak.

Rúgbrauð is a traditional rye bread that Icelanders have been eating for many years. It is traditionally baked in a pot for about a day or steamed in special wooden casks which have been buried in the ground near a hot spring. If you ask any local, there’s really only one way to make it right. It should be buried 30 centimeters in the ground next to a bubbling geyser.

It’s offered at most meals with butter. It’s a staple of the Icelandic diet and there’s a million ways to eat it: topped with smoked salmon and cream cheese, with pickled herring or cheese, chopped and blended in ice cream, served with extra creamy butter and crunchy lava salt.

This bread is crustless, dark brown, dense and its taste is quite sweet thanks to the added sugar sprinkled in the dough.

If you want to eat like a local, you need to try Skyr, a thick and creamy dairy product that’s best described as a marriage between yogurt and cottage cheese. Skyr is a really well-known Icelandic product and it has been a part of Icelandic cuisine for over a thousand years.

Icelanders usually eat skyr with milk and fruit or berries, but it is also popular to use it in smoothies, ice cream and in the ‘skyrkaka’, a lighter and popular alternative to cheesecake. Technically, Skyr is a soft cheese although it is widely regarded as a yogurt.

Skyr Yogurt is now sold in countries around the world. 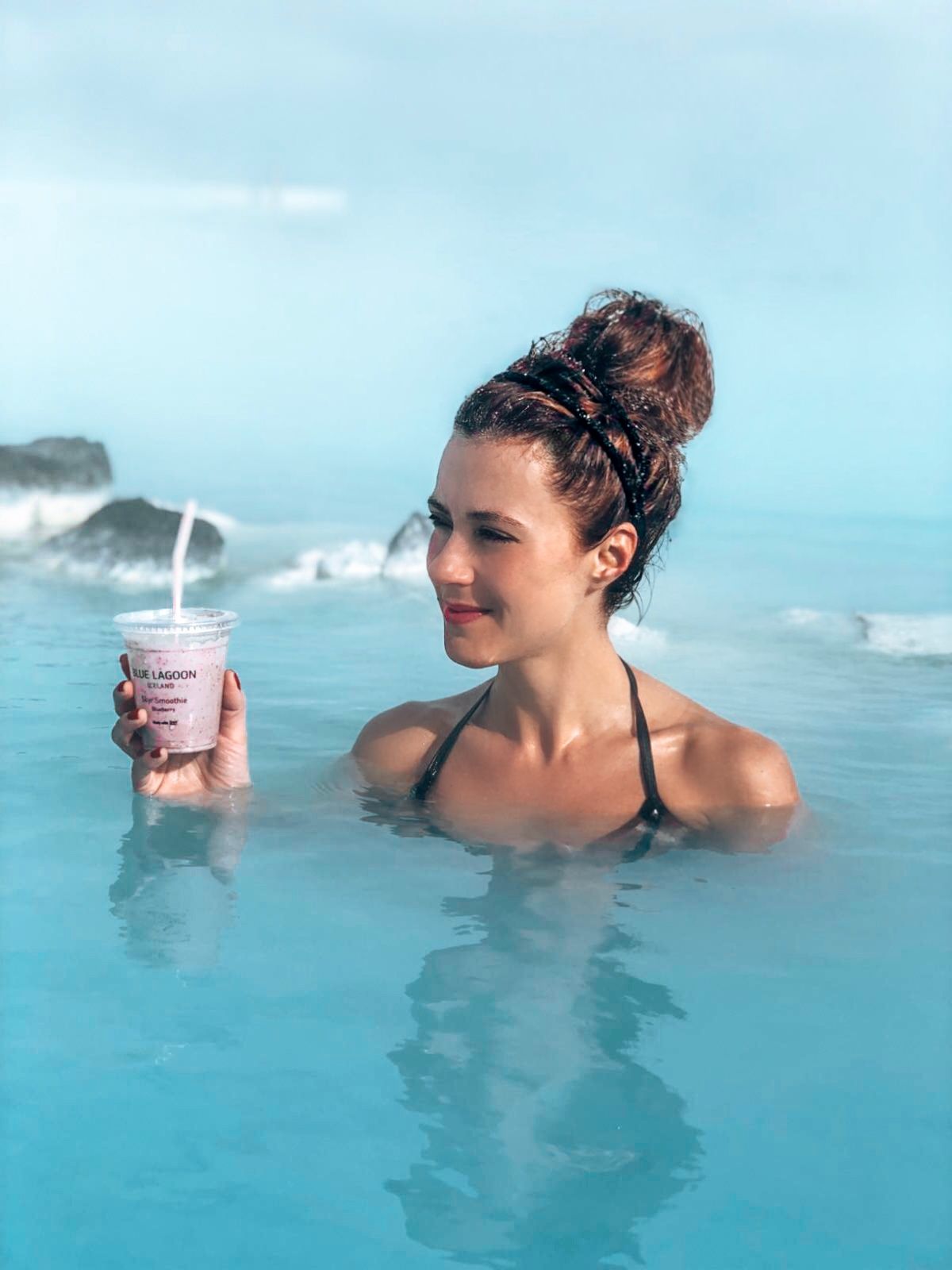 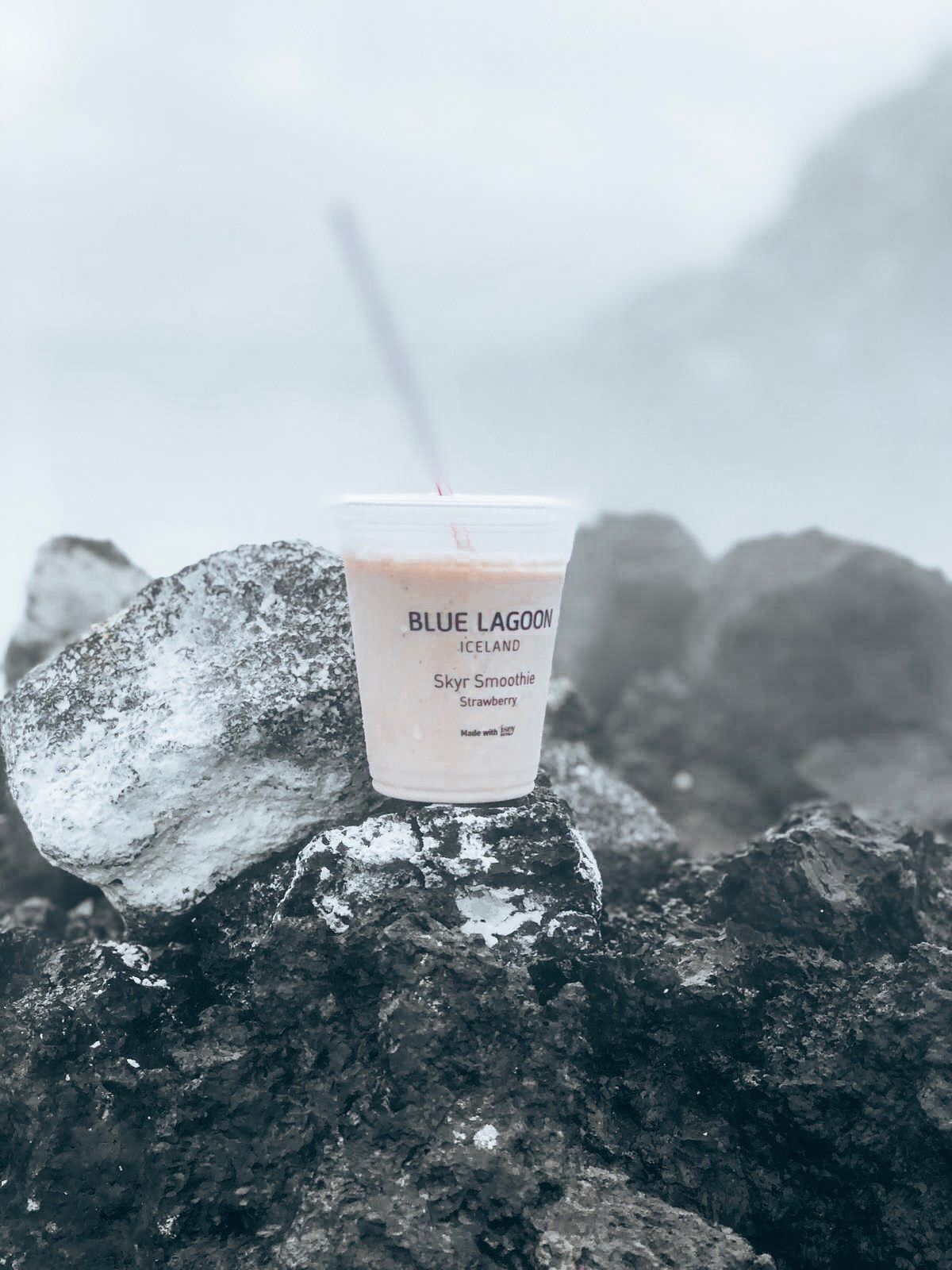 You may have already heard about the famous Icelandic Hot Dog made from a blend of beef, lamb and pork.

Reykjavik’s Bæjarins Beztu Pylsur has been in business for over 60 years and it’s Iceland’s most popular and most frequented ‘restaurant’ serving some of the best hot dogs. Order it eina með öllu, or with everything, which includes crunchy deep fried onions, raw onions, sweet brown mustard, and a creamy remoulade.

There is often a long line of people waiting to eat this delicacy. Despite their fame, these hot dogs are totally affordable, so do not miss the opportunity to try a hot dog when you visit Iceland!

Hákarl is a traditional dish in Iceland however today, it is not a food that is commonly eaten by the locals. Although it’s not a part of the daily cuisine anymore, it’s a part of the Icelandic heritage. Icelanders used to eat hákarl back in the day when they did not have refrigeration or many other food options.

Shark meat is cured with a particular fermenting process, then hung outside to dry for four to five months. It has a very strong ammonia smell and a distinctive fishy taste

Hákarl is often served in cubes on cocktail sticks. First-timers are advised to pinch their nostrils whilst taking their first bite, the smell is actually much stronger than the taste! After your first bite, do as the Icelanders do and take a good sip or two of the local spirit, brennivín.

Harðfiskur (it literally means hard fish) is an Icelandic delicacy that has been part of the Icelandic diet for centuries. It is thought to be a healthy alternative to chips or popcorn. Most often it is made from cod, but haddock or wolffish can also be used. It is dried in the cold North Atlantic air until it becomes cured by bacteria, the process is similar to maturing cheese.

You can it as a healthy high protein snack or with loads of butter on it. You should definitely try it!

Icelanders are obsessed with ice cream. It doesn’t matter if it is winter or summer, frost can even add to the experience. You will see it for sale at many gas stations, in most of the cafés, and there are also some amazing specialist ice cream shops around the country.

Some ice cream parlors are open until 1 am, so people can enjoy their ice cream at night too. There is an extremely wide selection of ice creams with many different toppings and sauces. Make sure you put an Icelandic ice cream on your bucket list! 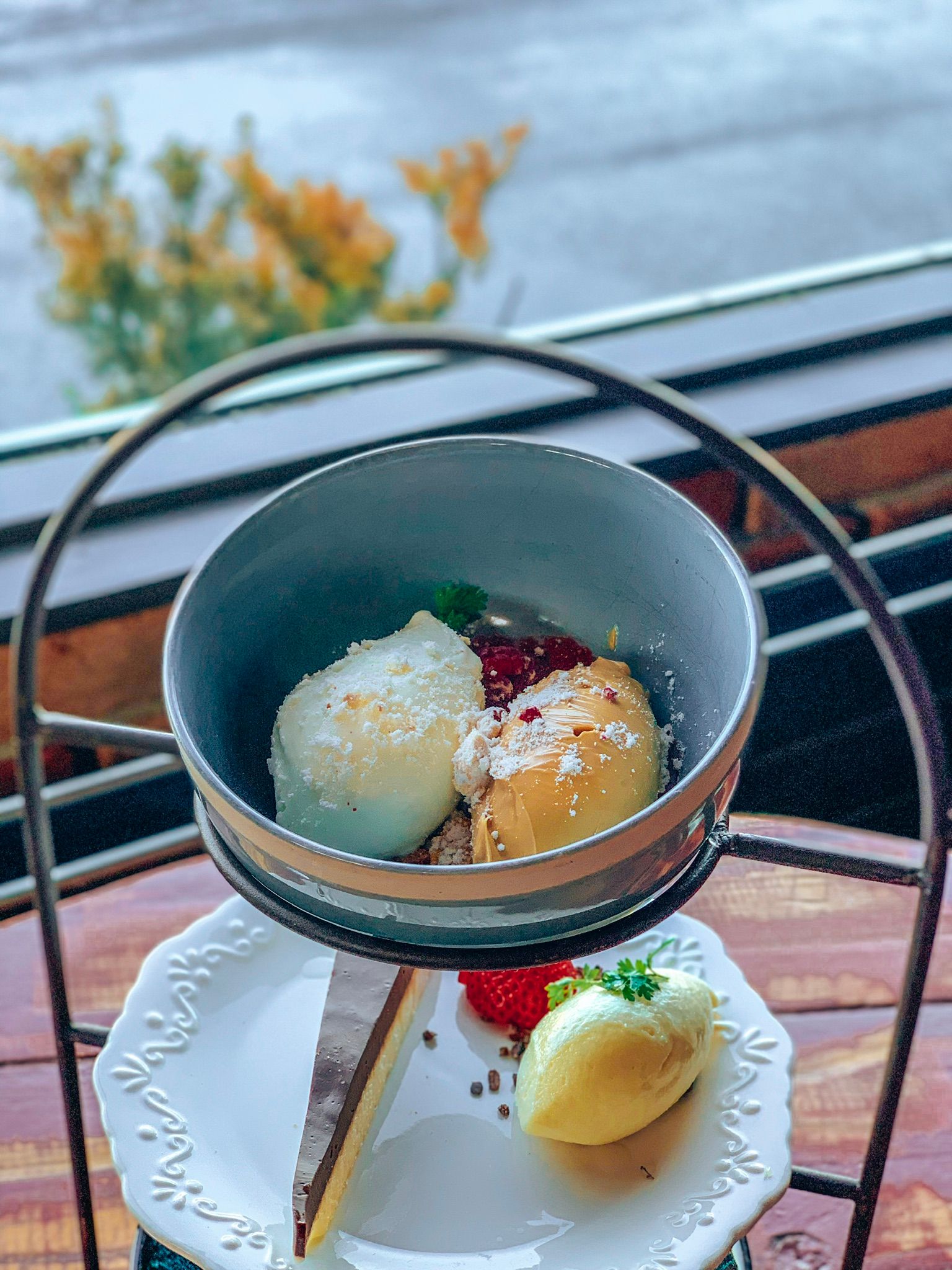 Lamb soup is an Icelandic delicacy and there is nothing better than a hearty, rich soup on a frigid, overcast day. Perfect comfort food for a long, dark winter’s day. Each family has their own recipe but traditional Icelandic meat soup is made from lamb shank or shoulder, potatoes, rutabagas (swede) and carrots. It can also contain leeks, onions, dried herbs, salt, and pepper. 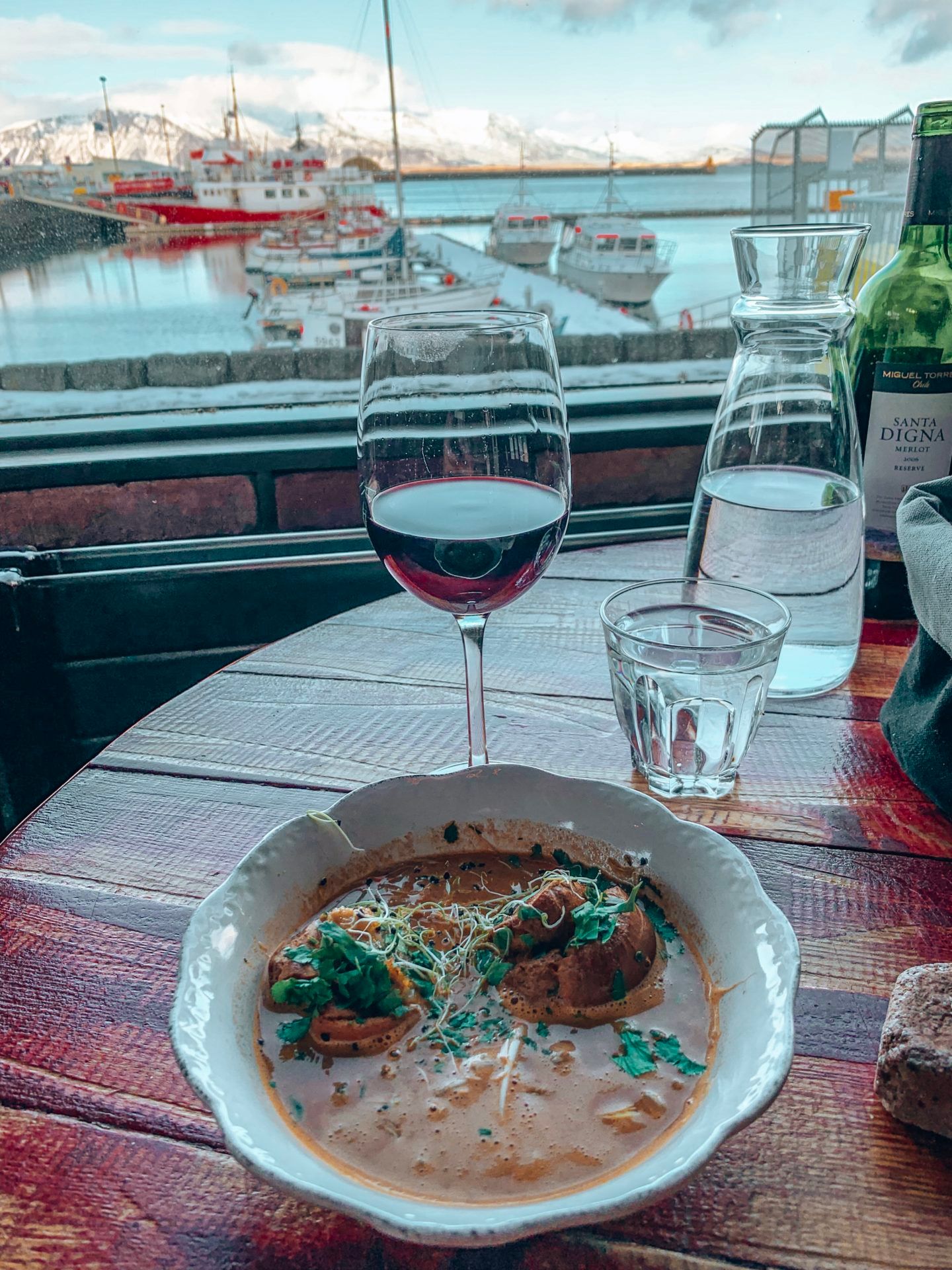 Wherever you decide to have your Icelandic culinary adventure, eating authentic traditional Icelandic food is truly an experience. 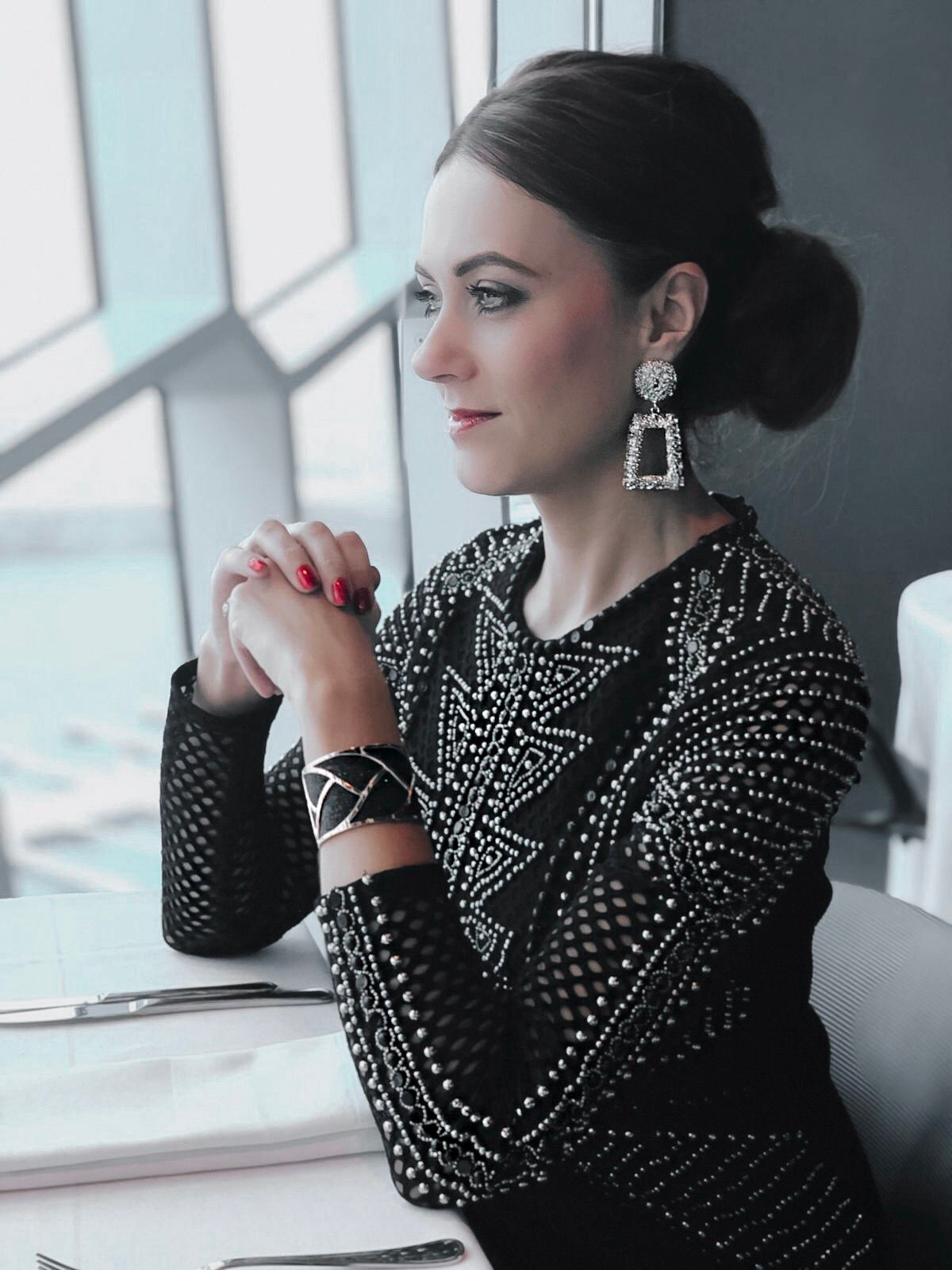