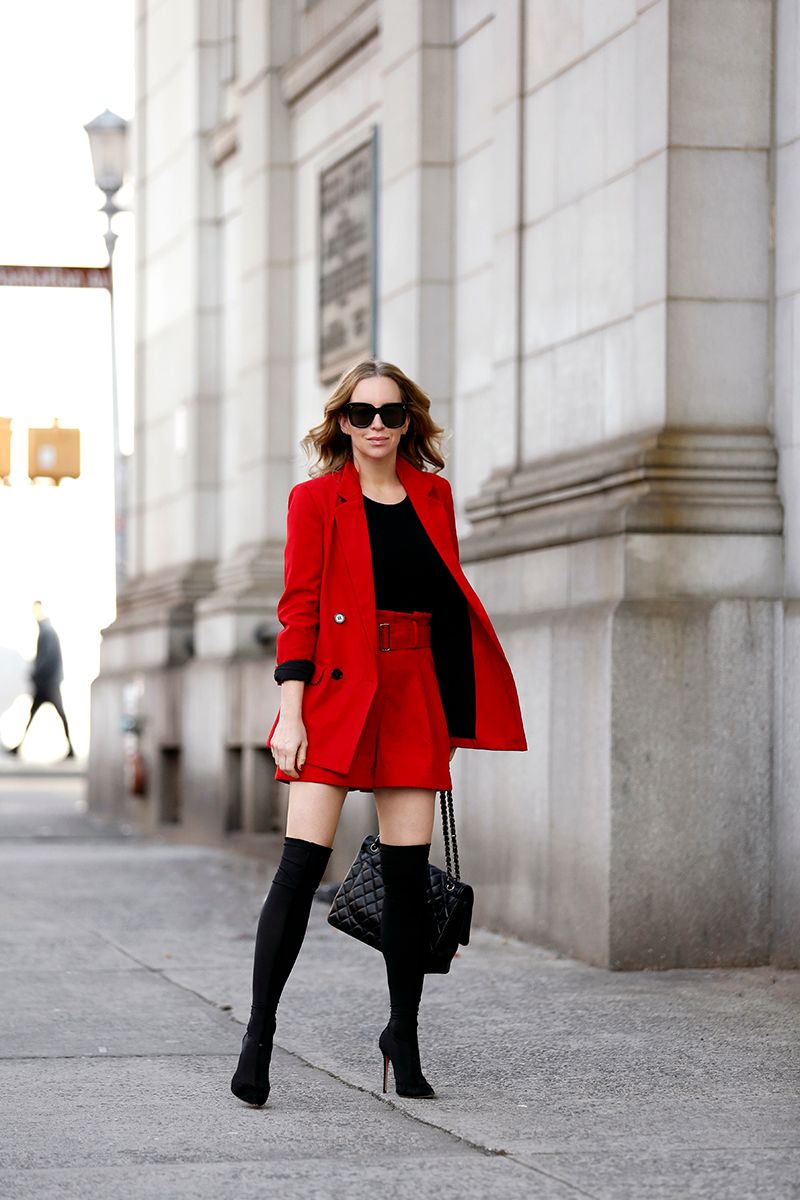 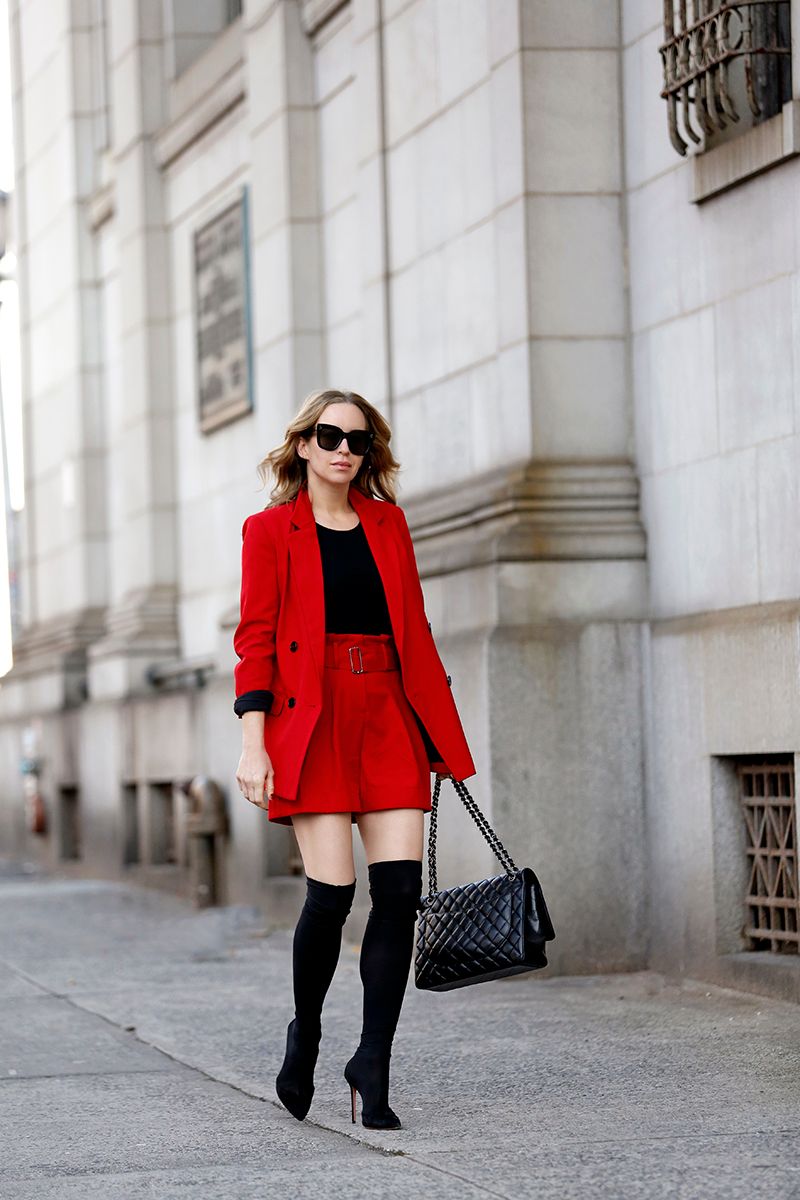 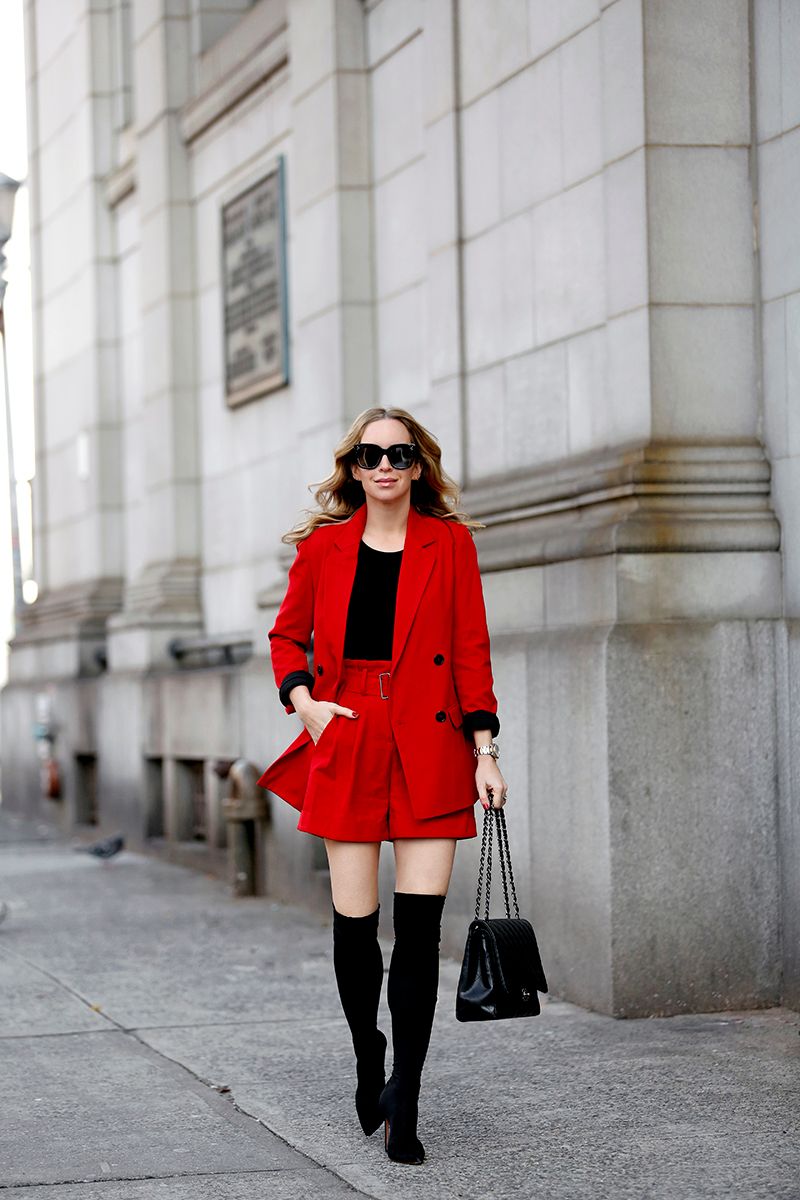 It’s no secret that I live for a menswear inspired power suit. I already own several, many of which I wear rather often, but this is my first shorts version.

For one, it comes in my favorite non-neutral color, red. Secondly, it’s a suit I know I’ll wear in the colder months with boots and in warmer months, with sandals.

I took these photos on a milder day (last month), but since then, I’ve worn with opaque tights and a red coat on top. On the day we took these photos, I was so bummed that I forgot to put on my red lipstick, which really helped punch up the look.

Admittedly, I already own a pants version. It’s been in my closet for over 5 years and I still reach for it rather often. For another pants version,